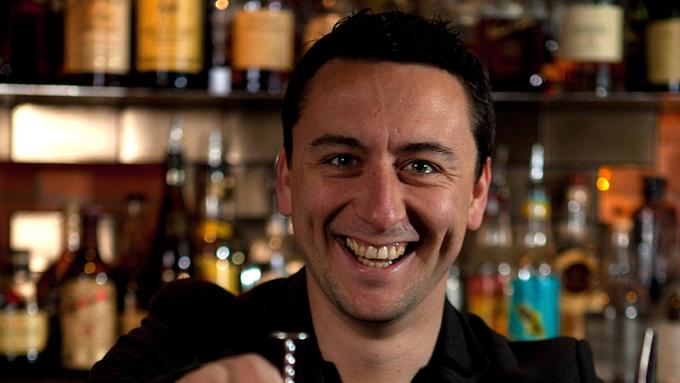 I was described by Theme Magazine as “The Jamie Oliver of Drink” and ranked 25th in the top 100 list of people to have shaped the bar business, which was very kind of them, but what's the rest of the story?

The short version is that I come from a small village in Yorkshire and decided I wanted to open bars in London, so off I went and did it.  Several years later I got the opportunity to do the same in some real interesting places like Istanbul, Mumbai and Hong Kong, before finding myself in small town Texas where I'm still making drinks today.

The long version is how other people tell it...

Pearson worked closely with the Gorgeous Group during the £220m refurbishment project at the Savoy where he was charged with menu development, staff training and advising on the back-of-house design. Andy has also worked on similar projects for other hotel groups including the Taj (Delhi) the Shangri-La (Hong Kong), Hilton (Athens, Vienna, Kiev) and the Royal Horseguards (London).

A cocktail competition veteran, at both national and international level, a former UK Bartenders Guild National Champion, Pearson has twice had the honour of representing the United Kingdom at the IBA World Championships.

Pearson is a leading drinks authority and is highly respected amongst his industry peers, helping to design Diageo’s World Class Competition, and working as a judge alongside Marco Pierre-White, John Torode and Greg Wallace.

Andy has been a regular on UK television having presented alongside Tim Lovejoy and Simon Rimmer on the BBC’s top-rated Sunday morning show “Something for the Weekend” (now Sunday Brunch), he also appeared on a number of the nation’s favourite TV shows including Cook Along Live with Gordon Ramsey, This Morning, Ready, Steady, Cook, The Real Hustle, Come Dine With Me and Market Kitchen.