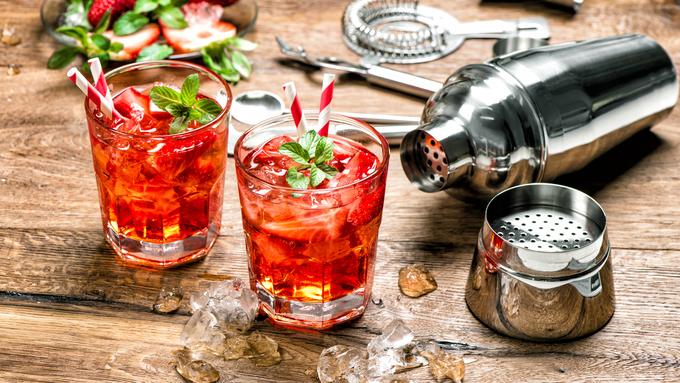 Andy Pearson's 20 year professional bar management and consultancy career has taken him to all corners of the globe.

Tap into Andy's expertise with his professional services. For more information, or for bespoke requirements, please get in touch.

Rather than interior design I offer operational design of layouts and equipment, complete with Computer Aided Design (CAD) drawings for architectural use.

Developing your offering to ensure you have the products your target market is looking for.

Designed to ensure your guests have the right experience by investing in the team that will look after them.

You can see a selection of my previous projects below...

Located at the heart of Taj Lands End, the effervescent Atrium Bar & Lounge offers a welcoming retreat from the bustling city life. With an intimate ambience accompanied by attentive service, it serves a wide selection of first flush teas and single origin coffees along with signature smoothies whipped up for your every mood.For aficionados, eager to experience the finest, Atrium offers the largest selection of whiskeys and spirits from across the world along with iconic concoctions definitive of the Golden Age.Reminiscent of Mumbai’s dynamic culture, the Atrium Bar & Lounge invites guests to experience the city on their plates. From aromatic street-food to the suave palate of world-cuisine, the menu boasts of a distinct mélange of local and international flavours. From Cappuccinos to Cocktails, Teas to Tequila, Mocktails to Malts, we give you every reason to cheer, sit-back and relax, while you watch the sun set over Bandra’s charming seascape.

The American Bar is the longest surviving cocktail bar in London and one of the most renowned in the world. It closed briefly whilst the hotel was restored, reopening in October 2010.

Serving classics with a twist, new and vintage creations and legendary bartender’s signature drinks  - like Harry Craddock’s famous White Lady – the American Bar remains at the forefront of the industry.

Enjoy signature cocktails, Asian cuisine and prime cuts of meat with panoramic views of Belgrade.  Sky Lounge is the Belgrade destination everyone is talking about.  Whether its for its stunning sushi, its range of hand crafted cocktails or the breathtaking views, there's a reason for everyone to come and check out the Hilton's new roof top bar.

Complete with a bohemian chic design, House of Nomad's exudes an energetic Deco-inspired ambience. The beautiful central island bar, crafted from knots of natural timber, is paired in harmony with metal and brass panels making a subtle yet distinct statement. The gastro bar’s beverage menu offers innovative cocktails crafted by Andy Pearson, with a large selection of wines from around the world and a carefully chosen array of spirits. Apart from the elaborate beverage menu, gastro bar’s food menu displays an array of delectable Sushi creations. The music philosophy of House of Nomad is designed around genres of progressive music graduating to house and high energy. An ideal setting for after-work drinks, informal meetings and relaxed gatherings, House of Nomad is a perfect setting to let your hair down and celebrate life.

The magnificent Garden Terrace is located on the fourth floor of the hotel, overlooking the unforgettable views of the holy city. Adorned with flowers and trees, the Garden Terrace features soft seating as well as cafe tables all complimented with attentive yet discreet service. The Garden Terrace is a seasonal affair, and as such we like to celebrate the season by using the freshest of ingredients for our signature cocktail range, we like to believe that we put the G and T into the good old fashioned Gin &Tonic. We also pride ourselves on our ability to craft the classics as well. The flavours of Jerusalem are awakened by the in house Chef Itzik Barak's, his tapas menu showcasing some of Israel's favourites with a contemporary twist.

The Garden Terrace offers the most refined venue to pair your favourite cigar with our exclusive pairing cocktails. The relaxed atmosphere coupled with elements which ignite the 5 senses ensures the Garden Terrace is the most sought after summer spot in the city.

Appreciate sweeping views west and north of the city and sea, from the Nephele Bar located on the roof top 20th floor, open from lunchtime until late evening and serving some of the finest cocktails in Europe. Enjoy the sea breeze on the spacious outdoor terrace while enjoying your favourite cocktail, indulging in a wide range of Georgian wines or sipping premium spirits.

Émile Rouger was born in Paris in 1885. The son of upper-class parents, he grew up not far from the Bohemian quarter of Montmartre, which had a profound influence on his development.

Much to the displeasure of his father, a tile factory owner, he soon drifted towards the Bohemian way of life frequenting the cafes and bars of his surroundings. Later he travelled extensively throughout Europe, opting to stay in the finest hotels of the time.

Thanks to his sophisticated appearance, he was generally thought of as a dandy, in the best possible sense. His time travelling came to an end when Émile Rouger fell in love – with a city, one suspects it: Vienna. He stayed and soon became a local celebrity once again. His unique savoir-vivre was a welcome addition to the Viennese society. He was a regular guest at the famous Ringstrasse cafés, spend his mornings reading French newspapers in the lobbies of the hotels.

Not surprisingly, he was considered an elegant gentleman in the dance hall Sans Souci in the Bräunerstrase by the 1920s. Although he left Vienna in the early 1930s, something about his character remains to this day – a natural ease.

The joy of a beautiful life of style and enjoyment. When looking for a suitable name for our Restaurant and Bar in Vienna, we were reminded and inspired by his story.

An outstanding experience awaits you at H Bar - a popular fashionable destination in Kyiv city, where you can spin to the best music and dance well into the night. We offer highly crafted cocktails made by the best trained bartenders in town, as well as a selection of the finest spirits from all over the world.  An ideal place for fashion shows, celebrity gatherings and pre- and post-parties of any city event.

Take in the views on top at Cloud 34 and enjoy locally-inspired international menu of drinks and a wide selection of sushi as well as small appetisers. The Sushi Lounge at Cloud 34 offers an extensive array of sushi, from traditional to chef's signature, your favorites to vegetarian options, all to indulge your taste-buds.  Complement your meal with a selection of bubblies, or just relax in the chilled out setting of the 34th floor, sipping your favourite cocktail.

The vibrant meets the contemporary at Ovo. Delight in a menu full of the freshest locally sourced ingredients, featuring modern Polish cuisine as well as Mediterranean-influenced dishes. Watch the chefs prepare your meal at our open kitchen, which puts you at the heart of the action. Or why not be part of the story yourself and join one of our cookery classes?

Our mixologists bring a world of experience with an extensive menu of crafted cocktails and a wide selection of wines and beers. DJs and live music round out lively evenings at the bar.

Whether it's for a freshly prepared smoothie or coffee, lunch with friends or evening drinks, our striking bar, relaxed dining area and stunning summer terrace make Ovo the perfect place to unwind and indulge.

Offering an authentic flavour of the USA, Coast to Coast is an exciting new American bar and restaurant specialising in all American food, offering diners a great place to eat and drink.

The ideal destination for any occasion, Coast to Coast is casual dining at its best. Guests experience a gastronomic adventure from East to West Coast America, with dishes and cocktails inspired by recipes from across the continent. Authentic décor completes the experience with leather booth-seating, dark wood tables, maps of the Lincoln Highway and classic US memorabilia on the walls as well as toe-tapping Mowtown tunes playing while you soak up the atmosphere.

The chic and stylish rooftop Galaxy Restaurant & Bar at the Hilton Athens hotel offers superb views of Athens and the Acropolis. Experience a night under the stars at this glamorous bar with its galaxy ceiling - full of colorful explosions, sparkling stars, and glowing planets. Galaxy's unique setting, stylish cocktails and delicious finger food make this a popular Athenian meeting point. Discover a unique dining experience where authentic Mediterranean cuisine is fused with international flair. Enjoy premium meat cuts, a wide variety of sushi and delicious seasonal salads while overlooking the city of Athens.

The Hoxton Pony is an east-end institution at the beating heart of Shoreditch's late night bar scene.

Serving unique cocktails and great tunes to the east-end for the last decade mixed with a modern interior, cutting-edge design and high grade music programming featuring DJ's from all around the international circuit - Past acts include Calvin Harris, Mark Ronson, Paloma Faith and many more.

Named after Rick Blaine, the star of 'Casablanca', Rick’s at Taj Mahal Hotel is famous for its legendary cocktails, enticing Southeast Asian cuisine and eclectic music. Sample our vast selection of fine wines, spirits and concoctions at one of New Delhi’s chicest urban lounge bars.

Largely recognised as the bar that started the now blossoming Indian cocktail scene, everybody has been coming to Rick's since 2000.